In Indore, 42 years ago, Mr and Mrs Dravid welcomed a new member into their family. Fans of Bollywood music as they were, they named their son after the then-reigning music director, RD Burman. They little knew that this boy would soon match, if not eclipse his namesake's popularity.

Cut to June 22, 1996. Dravid Jr is all set for a dream debut innings at the Lord's, the Mecca of cricket. The whole Dravid family must have been incredibly proud of their son. After all, it is not a cakewalk to get selected for the Indian Test XI. Stitching together a 96-run partnership with fellow debutant, Sourav Ganguly, this young lad impressed many, and most importantly, the selectors. He departed five agonizing runs short of a memorable century-on-debut at Lord's but the Test had marked the arrival of a technically perfect batsman. Dravid. Rahul Sharad Dravid. Naam to suna hi hoga!

Rahul Dravid was one of the mainstays of the Indian top-order for the better part of the previous decade and made the one-drop position his own. (Un)surprisingly, however, some of his best innings came when he was not batting at his most preferred position. 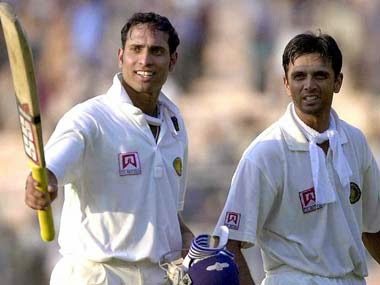 The Joy of Eden--After a string of failures early in the series, Dravid's place in the XI was seriously threatened. The match seemed to be all but over for India when he came out on the third day at No. 6 and joined Laxman in the second innings. With a stand that lasted for more than a 100 overs, the Southern gentlemen had turned the tables on the visitors.

The Wall v Windies--Having lost two wickets early, India were reeling at 99-3, still facing a 402-run deficit. That was when The Wall of All Times walked out to the pitch at No. 5. Although struck by a Mervyn Dillon bouncer, he refused to bow down and swallowed a few painkillers. He laboured for more than seven-long hours for his 144* which eventually saved the match. 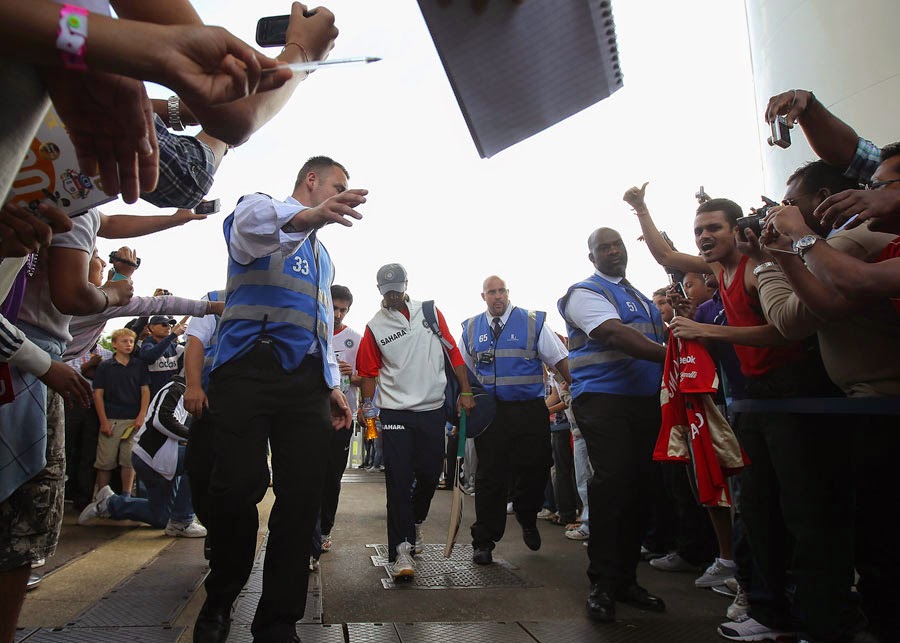 A Dravidesque Effort--Having scored a ton in the first, Dravid was asked to open in the second Test. He responded with a stoic 117 of 235 balls. The lower order, however, could not capitalize and capitulated to 288 all out. This set the tone for a forgettable series for India, being whitewashed 4-0. Dravid however had a good run, scoring three centuries and topping the Indian batting charts with 461 runs @ avg. 76.83. In the fourth Test at the Oval, he became only the seventh batsman to carry his bat through a completed innings and straight into the follow-on.

I could go on and on and on, his Adelaide innings, 270 at Rawalpindi, 148 at Headingley, et al. I would rather leave the job to Google and ESPNCricinfo. Dravid's records themselves speak about the man he is. Highest catches by a non-wicketkeeper, highest balls faced at the crease in Tests, most partnerships and partnership runs, only batsman to have scored a century in all the test-playing nations, only batsman to have been involved in two ODI partnerships exceeding 300 runs and has the record of not being dismissed on duck for the most number of consecutive ODI matches.

More than the runs, his leadership qualities and team-spirit are what make him my favourite cricketer. Rahul Dravid led India to a historic Test series win, against the West Indies in their home soil in 2006. Since 1971, India had never won a Test series in the West Indies. Rahul Dravid was also the first captain to lead India to a Test match victory against South Africa on South African soil (2006/07). Opener injured? Need a wicketkeeper-batsman? Captaincy problems? No worries dear, Mr Dependable is here! His Lord's century came, not on his debut, when he would have wanted it the most; but, in the 2011 series, when the team needed it the most.

My tryst with Dravid fandom began when  he joined Rajasthan Royals in the 2011 Auctions. RR had always been my favourite team as they'd always been a lot more than the sum of individual players. The value he brought to the team cannot be matched by any salary. Not only did he play well, but more importantly, mentored young (and old) talent and boosted their confidence. Cases in point: Virat Kohli (at RCB), Ajinkya Rahane, Sanju Samson, Dhawal Kulkarni, Pravin Tambe, and to an extent, James Faulkner, Steve Smith and Shane Watson. Currently, he is mentoring India's future Olympians and Paralympians as part of the Rahul Dravid Athlete Mentorship Programme.

Above all, it is his nature that endears him to many. His humility and 'gentlemanliness' are as legendary as the man himself. It was only fitting that he became the first Indian to deliver the Sir Donald Bradman Oration. Rahul Dravid was known for his equanimity, on and off the field. There must have been rare moments when he must have lost his temper. In fact, during the IPL, one commentator joked that, ‛You simply give Rajasthan Royals an extra point in the Fair Play Award because they have Dravid in their team.'

Today, as Jammy turns 42, I hope that he finds out the answers to life. Just joking!

I hope that he finally wins a trophy. The match-fixing scandal in 2013 must have left him shocked and, in his own words, 'bereaved'. That too, having come at such an important juncture in the tournament. The heart-wrenching loss against Mumbai Indians last year, showed how near yet so far the team was. But Dravid is not the one to get bowed down. He will surely rise up and inspire the Royals to greater successes.

I hope that I get to talk with him. Okay, at least a selfie? If even that's not possible, an autographed autobiography? Talking of which, I seriously need to buy 'Timeless Steel'. I can get that autographed, pleeease? Well, I wish...

Thanks Sharad and Pushpa Dravid for bringing your son up so wonderfully. 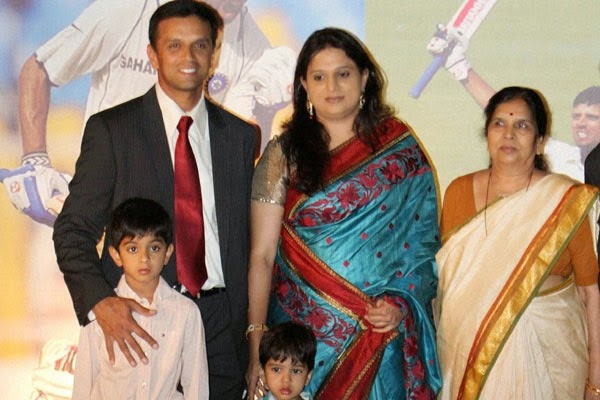 Thanks Vijeeta Dravid (née Pendharkar) for taking care of your husband. I do wonder how you broke his defences and 'won' him over!
Thanks Samit and Anvay for sharing your father's love with millions of fans like me.
Thanks ESPNCricinfo, Quora and Wikipedia for teaching me more about him.
Thanks Rahul Dravid for the innumerable moments of joy and reasons to smile that you have given me.
Thanks.

Posted by Unknown at 2:53 pm No comments: